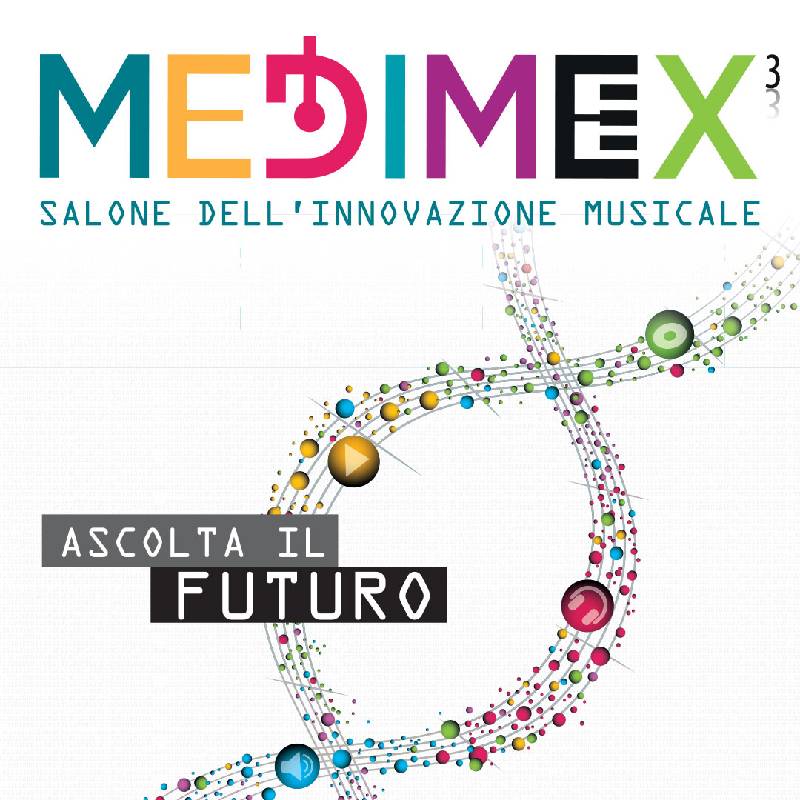 The third edition of MEDIMEX featured 80 events, 22 showcases and concerts of Italian and international artists on 3 different stages, 8,000 square meters of exhibition space at the Fiera del Levante with over 100 booths, 5 rooms for 54 Meet the Author gatherings, panels, presentations and professional meetings with 198 speakers from 23 countries. A unique event in Italy: a great music show for an audience of music lovers and, at the same time, an international trade fair for professionals.

During the third edition of Medimex, the section including the Meet the Author gatherings, the panels and the presentations for the general public for music lovers and music operators was very rich and varied. Three days of discussions on music animated by artists, some of the most influential voices of the international music market, and the major players in music innovation, journalists and representatives of the entire music world.

Among the names of the 2013 edition, Claudio Baglioni, Fedez, Piero Pelù, Francesco de Gregori, Fiorella Mannoia, Marco Mengoni, Pino Daniele, Niccolò Fabi and Renzo Arbore, all of them hosting their own Meet the Author gathering: interviews, conversations between friends, public confessions, portraits, in which the artists told the public about themselves, their music, their songs, the most diverse aspects of their stories and their passions. During the three days, five halls of the Medimex exhibition space hosted a rich program of panels to discuss music market trends, new technologies in music, the prospects of a constantly evolving market, the music of the present and the music of the future.

Then, on Saturday, December 7, Medimex hosted one of the Italian concerts of Imany, music revelation of the year and winner of the multi-platinum album for the single You Will Never Know with more than 60,000 copies sold.

On Sunday, December 8, at the Petruzzelli Theater in Bari, Medimex organized of the most important and prestigious events on the Italian music calendar: the renowned Targhe Tenco award ceremony. The evening event included performances by the winners of the Targhe Niccolò Fabi, Cesare Basile, Appino, Mauro Ermanno Giovanardi and the participation of Manuel Agnelli, Sinfonico Honolulu, Riccardo Tesi and guests Renzo Arbore and Vinicio Capossela. The evening was presented by David Riondino and Dario Vergassola. .