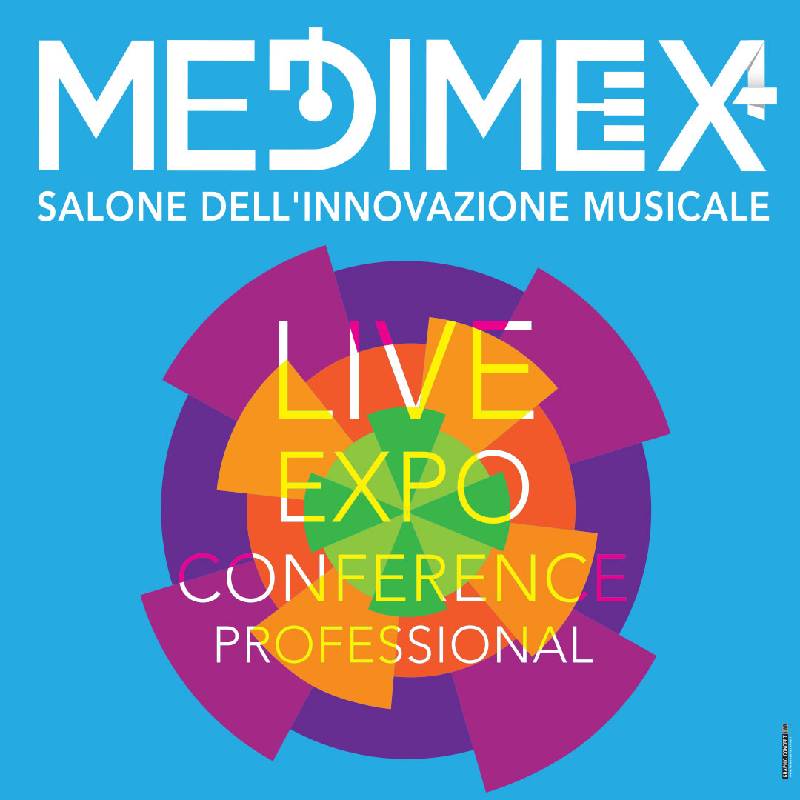 More than 17,000 attendees, 1,100 accredited operators, 300 guests including artists and conference speakers and 33 countries involved. These are the numbers of the fourth edition of Medimex, which brought together major and independent record labels, festivals, industry operators, agencies, media, promoters, startups and makers, music institutions, networks, music publishers, representatives of the technology industry and professionals from the entire music industry. This innovation music show was held on an area of 20,000 square meters with an area dedicated to night live music shows with 4 stages, an exhibition area of 8,000sqm that hosted booths, networking areas, rooms for panels, meetings, presentations, stages for live music, and an area dedicated to innovation, media spaces, games space and much more.

Since 2014, the Meet the Author events have been part of the MEDIMEX Kids project, a training program dedicated to Italian auteur music for the students of junior and senior high schools wuth the participation of over 3,500 of them. Medimex Kids includes a comprehensive program for schools with workshops, multidisciplinary activities, work on the texts and poems of the artists guests of the show that provides students with tools for active and informed participation in the Meet the Authors gatherings.
Pivotal event of this edition was the visit of Vasco Rossi to Medimex for the world premiere of his album entitled “Sono Innocente”. Vasco Rossi press conference was attended by 250 accredited journalists from the main Italian newspapers.

Medimex Music Up: since its fourth edition, Medimex has devoted an area of the exhibition space to the most interesting startups and makers that operate in the music industry and to the development of ideas and projects that aim to change the world of music and create a strong relationship between innovators and music industry. A thematic and interactive space where the public and industry professionals can get to know new music startups and try out products and tools that combine new technologies, traditional craftsmanship, 3d printing, everyday objects, IT and design made by digital artisans. Moreover, in 2014 Medimex hosted the first edition of Medimex Music Up, three days focused on the development of new ideas, products and projects intended to change and innovate the way music is produced and consumed. 66 music innovators including artists, computer scientists, designers, musicians, business and marketing developers, product managers, divided into teams, have worked within the Music Up Area for the entire duration of the show to develop new ideas and music projects.

Medimex is also an opportunity for professionals to discuss music, analyze changes and prospects of a market in constant development. During the fourth edition, innovations in the record industry were discussed with Alessandro Massara (Universal), Marco Alboni (Warner), Andrea Rosi (Sony), Caterina Caselli (Sugar) with Dori Ghezzi (le Nuvole) and representatives of the most important Italian independent labels. Room was given to the live music market in Italy with Salvatore Nastasi (Direzione Nazionale Spettacolo dal Vivo MIBACT), Carlo Fuortes (Musica per Roma), Roberto De Luca (Live Nation) and discussants from numerous festivals and national circuits such as KeepOn and Superclub Italia. The new frontiers between copyright and technology were also discussed in a number of panels with discussants from FIMI, Google/Youtube, Soundreef and Deezer. Many events were held which focused on all musical genres, from the sounds of the Mediterranean to jazz music – with a special event promoted by Europe Jazz Network, Associazione I-Jazz and Apulia Jazz Network– to electronic music with representatives of the Sonar festival and of the main Italian festivals including Elita Design Week Festival, Club2Club and Robot Festival.