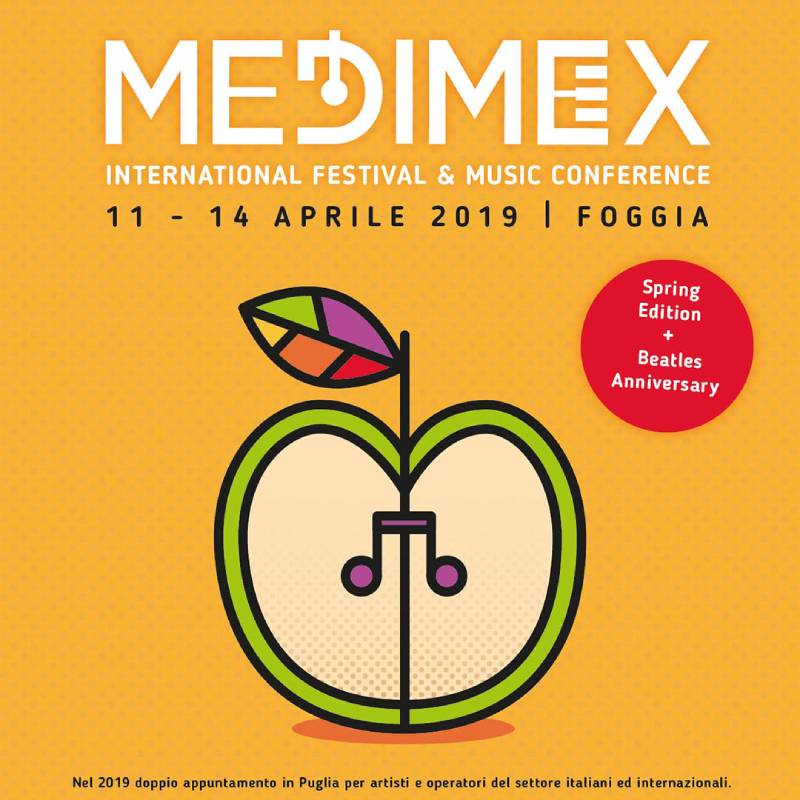 Medimex Spring Foggia was held in Foggia as a preview of the 2019 edition of June 2019, in Taranto. Four days of music in the capital town of Daunia with a rich program of initiatives in the most representative places of the town, with concerts, meetings with Italian and international guests, exhibitions, music training activities and other side events.

Renzo Arbore with a special project and British musician Bryan Ferry, founder of Roxy Music, were the stars of the two concerts with free admission organized in Piazza Cavour. On Friday, April 12, Arbore conducted an unprecedented live show involving some of the most representative representatives of the Italian jazz scene, including Enrico Rava, Dado Moroni with Rosario Bonaccorso and Roberto Gatto, Stefano Di Battista, Enrico Zanisi and the singer Nicky Nicolai. On Saturday, April 13, Bryan Ferry took Medimex stage for the only Italian date of his world tour, just a few days after Roxy Music’s induction ceremony in the Rock’n’Roll Hall of Fame. The two concerts were opened by Puglia artists selected among the participants in the Puglia Sounds Record 2018 call (Young Category).

The Spring Edition of Medimex in Foggia also featured a Meet the Author gathering at Palazzo della Dogana with Pattie Boyd, whose photo exhibition “Pattie Boyd and The Beatles“, curated by Ono Arte Contemporanea, was held from April 7 to May 6. This amazing exhibition included forty iconic shots through which the British photographer “speaks” about her relationship with the Beatles and her first two husbands, George Harrison and Eric Clapton. The photos, that had already been on display in Dublin, Sydney, Toronto, Moscow, London and the United States, covered a time span of more than thirty years.

Medimex has also offered to the town of Foggia, within the Fondazione dei Monti Uniti, another important exhibition entirely dedicated to the Fender world with the Fender Vintage Museum by Rete di imprese Oltre and Apulian Guitar Startup. More than one hundred pieces, including solid body string instruments and amplifiers built between 1951 and 1974, collected by Falvio Camorani for the Prisma Melody Association, on display in a chronological and philological order together with catalogues, posters, documents, memorabilia and vintage photographs, for an unmissable journey into the golden age of the company founded by Leo Fender.

Among the guests of the Meet the Author gatherings, Pattie Boyd, Ex-Otago, Renzo Arbore, Noemi, Ermal Meta, Nina Zilli and Pierdavide, interviewed by Ernesto Assante. Finally, the special atmosphere of the “Rock Class” at the Teatro del Fuoco, where as part of the initiatives dedicated to the Beatles, Ernesto Assante and Gino Castaldo hosted the event a “Beatles Night 1960-1969” with special guest Klaus Voormann.